Start a Wiki
Darth HackingDog is a Chat Moderator in the Chat Army specifically tasked with destroying both The Resistance and Team Heretic Dinofox.

Seen during the Battle of Havin IV, Hacking flew his advanced starfighter in to take out the Resistance's squadron. He commanded a swarm of the Chats DIE Fighters, and shot down most of the Resistance's squadron. He almost killed Fox until DarkLumyia flew in and shot a bomb in the heart of the swarm of DIE fighters leading the swarm to fly in confusing patterns, with fighters crashing into each other and leading to Darth HackingDog's ship being clipped, throwing him into space to be recovered. If he had stayed in the fight, the Chat Star would have been saved.

He was deployed on the Unnamed Prison World where DMR and Fox were being held hostage and when they escaped, he personally pursued them. When the duo made it back to their ships, they flew into atmosphere and their ships lost power. The ships had been sabotaged to do this, and even so, the duo lived their long re-entry. Dueling with Darth HackingDog for quite awhile without any firearms, the Unnamed Multipurpose Robot in the teams mothership was sent down to fire at Hacking and rescue the survivors. Hacking was hit square in the face with starfighter grade weapons, but he lived due to his enormous amounts of shielding.

After he was done leading ground froces during the Fall of Yoth, he got word that some of the ships were able to punch through the blockade and escape. He pursued one of them, Commander Heathcliff, to Gaeto, changing the outcome of the battle significantly. However, since The Ambush at Gaeto, HackingDog has gone off the radar. 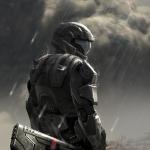 HackingDog with weak armor during the Chat Civil War.

TheHackingDog and his signature weapon.
Add a photo to this gallery
Retrieved from "https://thdf.fandom.com/wiki/Darth_TheHackingDog?oldid=19604"
Community content is available under CC-BY-SA unless otherwise noted.